In front of the platoon? The resurgence of China

This is the third of four articles about the great powers, China and USA have followed the path of confrontation and collision, as dangerous as they are avoidable in a world that requires if not yet a utopian world government, at least a more rational geopolitical condominium.

The reflections that follow are no more than questions. As I am not an expert in Chinese studies, but rather an observer of geopolitics, I would rather pose questions instead of giving answers or uttering categorical opinions. In today’s world, looking at different political leaderships from many countries, I have arrived at poet Antonio Machado’s conclusion: “Out of ten heads, nine charge and one thinks.” I have no doubt that the next two decades will be marked by a huge geopolitical contest between the United States and China. The opening salvo was launched by president Trump in 2018 but the conflict will be prolonged under his successors, whatever the political color of the administrations that will follow. In many dimensions, American politics is divided into opposing and intransigent bands, but in one dimension there is consensus and continuity: to engage in a trade and a technological war with the emerging Asian power. For its part, China does not back out. On the contrary, it has declared its intention of competing against USA and, in many cases, confronting them face to face.

Here we need to make an important caveat. The United States have thrown themselves quite aggressively in a campaign to “stop” China. However, they lack a global and comprehensive strategy comparable to the famous “containment” strategy of the Soviet Union in the last Cold War, designed by a great strategist, Ambassador George Kennan in 1946. As already mentioned by veteran Henry Kissinger, this lack of an adequate strategy places Americans at a disadvantage. Both the American population and its rulers refuse to envisage a world that is not organized and controlled by them. However, in any war school in the world future officers are taught that a good general must always have a retreat plan—just in case. Among his many virtues as a statesperson, Churchill’s greatness consisted of being well aware of the relative decline of his country and preparing it for such destiny –but with intelligence. He did that in large part relying on the thriving power of the United States. Today, the United States, which is in relative decline, has no other “united states” in which to seek support in front of China. To organize a strategic retreat—without tactical bullying—a very special ability is needed as well as  good learning from past successes and mistakes in similar cases.

The flashpoint in a possible conflict between USA and China is transit in the  Formosa Strait and the issue of the future status of Taiwan. During more than sixty years, the status quo in this conflict has been a tense peace based on ambiguity, particularly after the rapprochement between the two main powers (i.e. yhe meeting between Mao Zedong and Richard Nixon in 1972) followed by the diplomatic recognition of the People’s Republic of China by the US, and the consequent definition of the relation between those two parts that that the PRC proclaims as “One China, two systems.” This situation left Taiwan in a diplomatic limbo, without recognition as a sovereign state and hence outside the United Nations. During this period, and this is very important, Taiwan made a successful transition from dictatorship to democracy, and afterwards managed to consolidate its representative democratic system. This new Taiwanese democracy had as a paradoxical effect the forging of a new identity for the Taiwanese citizenry and generated a certain desire of independence. The latter however  is unacceptable for PRC. A unilateral declaration of independence by Taiwan would provoke a military attack by Beijing.

The United States plays the role of a tightrope walker in this situation by refusing to acknowledge the independence of Taiwan but also rejecting its forceful incorporation into continental China. Meanwhile, China has been trying to bind Taiwan to its society through such economic means as commercial exchange and investments, but without convincing the Taiwanese to move towards full political integration with the PRC. The conclusion is clear and at the same time disturbing. Only a (relative) democratization of the People’s Republic beyond the current monopoly of power by the communist party could convince the Taiwanese to officially join continental China. However, current developments are moving in the opposite direction. The centralization in the hands of a single party and the autocratic tendency of president Xi move further and further away from such logic.

In this context of an apparently irrevocable contrast between Taiwan and continental China, in my opinion, the United States should follow a strategy that was summarized at the beginning of XXth  century by Theodore Roosevelt: “Speak softly but carry a big stick.” However, in the last few years, alarmed by the vigor of the People’s Republic, the US have become more belligerent and provocative, especially in relation to the islets in the South China Sea (which are disputed by a series of other countries, from Japan to those of Southeast Asia). Instead, the US should explicitly recognize Chinese interests in controlling its costal seas, and talk about its commitment peace, while at the same time ”softly” affirming that an attack to Taiwan would directly entail a United States armed intervention. Instead, so far the US has repeatedly sounded the alarm in a vociferous way and showed a certain belligerence by sending war ships to the vicinity of islets in dispute in the name of the right to free navigation. That is in fact inverting Teddy Roosevelt’s formula: talk loudly but without a believable military backup to the rhetoric. Americans seem not to notice that China is as interested as the United States in guaranteeing free navigation, which is indispensable for their foreign trade. A global agreement between the two powers to protect global marine trade would be a good starting point to diminish tensions. For that, they should have to agree on a demilitarized commitment to free navigation in the China sea.

Perhaps the main obstacle to a long-term rational strategy in the area is the rejection or the denial by the American government and by a large part of its population of a reality that the rest of the world—nothing less than 96% of the planet—sees more clearly: the unavoidable fact that from now on the US must give space to China as a co-participant power in a new design of the world order. The unique solution for planetary health (apart from the utopia of a fair and egalitarian world government) would be that in the next two decades a condominium with more peaceful characteristics than the “nuclear dissuasion condominium” that once characterized the Cold War with the USSR. Against this option—without a doubt not the best one but nevertheless a more rational one from a realistic point of view—stands a resurgent “sovereign nationalism” in almost every country and especially in the US and in China.

The decline  of the US as the main world power is evident. This happens for many reasons. The US have the disadvantage of having arrived first to the position of dominant power, as it had happened before with the United Kingdom. The disadvantage is multiple—demographic, technological, political, and what we could refer to as infrastructural (factories, roads, bridges and urban structures)—but we can reduce it to one: age.  Paradoxically, the United States is a young country that has aged after two centuries. China, on the other hand, is an old civilization but also a young country. Although Chinese civilization is 5,000 years old and the American civilization is relatively new, as a modern state, China is only 71 years old while the US is more than two hundred years old. There is a law in comparative and historical sociology, first formulated by the Norwegian-American sociologist and economist Thorstein Veblen when referring to the geopolitical competition between Germany and England at the beginning of the XX century which he called it “the penalty for taking the lead” or “the advantage of the later comer.”[1]

Faced with this secular tendency of structural aging, the current Biden administration has proposed a series of audacious reforms, among them, guaranteed public health and education, tax progressivism, strong investments in infrastructure, the regulation of toxic emissions, racial and up to a certain point also more social justice. The purpose is not to overcome neoliberal capitalism but to reform and orientate it towards a different model of social capitalism already rehearsed in other “developed” countries. However, this reformism is accompanied by a quite fervent nationalism based on import substitution and national investments, with the unavoidable military corollary of greater bellicosity. It remains to be seen if this reformism will achieve the success that Franklin D Roosevelt New Deal once had, or on the contrary, be more like the failure of series of reform proposals made by the last Chinese empress Cixi, who tried to save the celestial empire from a precipitous fall at the beginning of the XX century.

Today, another “emperor”—president Xi—has announced without beating around the bush his desire for the People’s Republic to be the first world power, a position that places him in direct confrontation with the USA. The PRC has a different capitalist model of accumulation, with large interventionism and management by the State. In political terms, it explicitly rejects liberal representative democracy for considering it an obstacle for economic accumulation and for the management of social welfare. However, such model has also its own difficulties in terms of sustainability, it does not relieve the ecological pressure on the planet and it does not give way to legitimate political dissent as a self-regulatory mechanism in terms of governance. It defines itself as a superior model—in its idealized form something similar to Plato’s republic, but in practice something similar to George Orwell’s animal farm.

Both powers have much to learn from each other and must agree on a new and more equitable world order. Between the two, they represent just 25% of the world population, but could orientate the rest by their example and accept their fair claims.

If, on the contrary, they insist on confronting each other for ultimate supremacy, the scenario of a third world war will not be very distant, to the point that various authors with geopolitical experience have already warned us—until now, luckily, just in the form of geopolitical fictions[2].

Quo Vadis America? The United States and its contradictions 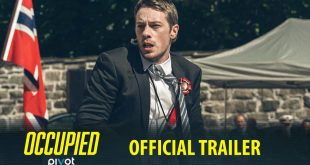 The European Union: Always on the Verge of Becoming a World Power.[1]