In 2022, that old fox returned: History, which many believed overcome in the new millennium. Its most visible expression is war, which in turn demonstrates that material and peaceful interest is once again overcome by the passion for power and violence.[1]

In the transition from 2022 to 2023, we can make a reliable prediction: we will have a very busy new year, under the auspices of a return of war in all its expressions—from the classical to the postmodern and beyond. First observation: in today’s world, we are witnessing a general rearmament. Major powers and some less powerful but very wealthy countries have increased military spending to staggering levels. At the forefront are the United States, China, Russia, and followed by other powers: India, Turkey, Saudi Arabia, and several smaller ones later. European countries have also felt compelled to increase military spending: the UK, France, and Germany are leading the way there.

The approximate total is one and a half trillion dollars. Imagine the reader how you could spend (in this case it is also investing) that sum for the benefit of the indigents, refugees, and the environment (among other needs) every year and throughout the planet.

The explanation is not difficult: a precipitating event – for example, the invasion of one country by another – is enough for all the others to feel compelled to prepare themselves as well, under a simple universal excuse: “just in case.” For each individual state the old Roman sentence “si vis pacem para bellum” (if you want peace prepare for war) is fulfilled, which translates into a seemingly common-sense recommendation: “be prepared.” But if we distance ourselves from an individual actor and look at the whole, we see that the overall effect is the opposite of the supposed individual benefit. The reinforcement of each one’s security produces a general insecurity. This contradiction is but one instance of the tragedy of the commons, as it is known in game theory [2]. In this scenario, it is not difficult to imagine a general war that nobody controls, with the aggravating factor that several of the actors have as ultima ratio (last resort) the use of nuclear weapons.

If we now move from empirical account to functional interpretation, we can appreciate that the process of rearmament has manifest and latent functions and dysfunctions[3]. The first we have already seen: the objective of providing for national security has a latent and perverse effect, which is to contribute to collective insecurity. Another function – both overt and latent – is to force less powerful rivals to spend what they ultimately cannot, and also on equipment that distorts other development goals. For example: in the indirect war between the United States and Russia, which breaks out on Ukrainian territory, Europe is forced to increase its military spending and follow the directives of the United States, through the multilateral mechanism of NATO. The result is greater European dependence on the retreating American superpower, and a retraction in the standard of living of the European population (social insurance and services), which brings it closer to the lower quality American population. A third function of general rearmament is manifested in the quality of war investment. In this field, the American advantage over almost all other powers (with the partial exception of China) consists in the proportion of military spending devoted to research and development (R&D), whose net effect is to maintain technological superiority. We must remember that the most dynamic private sector of the US economy and the great fortunes of the oligarchs that arise in that country, owe their initial impulse and sustained ego to the public investment of the military apparatus (it is a perverse ‘socialism’). In this sense, there is a fundamental difference between the Russian and American oligarchy. The first one feeds on the more or less disguised theft of state resources, without improving them too much. The second is fueled by juicy Pentagon contracts, in support of cutting-edge technology. They produce individuals of very high industrial and financial resources that allow them to compete with states in areas such as space research and even in negotiations between states (as in the case of Elon Musk)[4]. The Chinese, in turn, continue along this second path, but with greater interference from the state. Therefore, the cold or hot war (through intermediaries) between Russia and the West matters less than the other cold war in the making, between the United States and the People’s Republic of China.

Recap, 2022 closes with a reserved geopolitical diagnosis and some disturbing projections. Among the most urgent issues is war, which has resurfaced with new characteristics and serious consequences [5]. It is no longer the classic, Clausewitz-style [6], that is: inter-state and symmetrical war, as were the two great wars of the twentieth century. Nor is it the other type of war that succeeded the classic one: the cold or frozen war, nor the terrorist and asymmetric war that followed the cold war. What we are witnessing is a hybrid and comprehensive war, which mixes all the previous ones and seasons them with the cybernetic novelty, product of the continuous technological advance.

The war in Ukraine synthesizes it in its most dramatic and expressive form. It is a classic war in its modern version, but it is also a postmodern war. It combines elements of the two world wars (the First and the Second), so it is justified to call it the Third. It began as World War II (an attempt at Blitzkrieg with tanks, aviation, and artillery) [7] and then has stalled, like World War I, in trench warfare [8]. Psychological warfare, which has always accompanied kinetic warfare (attack on infrastructures) is very present in novel forms [9]. In addition to missiles and bullets, opposing narratives, today enhanced by social networks and mass media, are also confronted in a fierce struggle of opposing messages and images, that is, in a continuous semiotic/electronic “shootout”. The destruction is not only of buildings and homes, but of the virtual control systems on which material life depends in a complex society.

But there, a long historical circle closes when the ultramodern material and virtual conflict produces the same effect of ancient wars, namely: helplessness, uprooting, and displacement of entire populations. In short: it is the dialectic of Enlightenment[10] in its most concrete version. The most advanced civilization returns to the most elementary and first form of power and cruelty[11].

[1] The promise of material and trivial (market) interest overcoming warlike passions is masterfully analyzed by the economist and historian Albert O. Hirschman, in his 1977 book The Passions and the Interests: Political Arguments For Capitalism Before Its Triumph. Princeton, NJ: Princeton University Press.

[2] The Tragedy of the Commons is a generalization of the prisoner’s dilemma devised by Garrett James Hardin and first published in his article «the tragedy of the commons» (1968). In this game, there are n players who make use of a common good (such as communal land). Although each player can participate in the care of this good (which entails a cost for the one who does it), all players have the right to use it, whether they take care of it or not. In this way, we have an n-personal game where each player has two strategies: egoistic or solidary, and where the egoistic strategy is strict dominant, that is, for any profile of pure strategies player j can improve his payout if he chooses the egoistic strategy instead of the solidarity one. Thus, the game only has a Nash equilibrium in pure strategies and is (selfish, selfish,…, selfish) even though, as in the prisoner’s dilemma, the benefit to each player ends up being much less than if everyone had chosen to be supportive. In this regards, see http://viviendoconfilosofia.blogspot.com/2009/05/teoria-de-juegos-aplicado-problemas.html

[3] Functionalist analysis emerged from American sociology and had a great boom in the 1950s (particularly Robert K. Merton, Social Theory and Social Structure, 1949 and revised 1963).

[4] Another thing that we thought had been overcome has returned to the world: the role of the “great man” in history. It was never quite true, but in this epoch, our great men are dangerous puppets and generally incompetent, including some women.

[5] Although it does not reach the present, one of the best studies on the evolution of war is by Israeli historian Martin Van Creveld, The Transformation of War, published by José Luis Uceda Editor in 2007 in Buenos Aires.

[7] In 1939-40, Germany quickly invaded much of Europe and emerged victorious for more than two years due to a new military tactic called Blitzkrieg (lighting war). The tactic Blitzkrieg required the concentration of offensive weapons (such as tanks, aircraft, and artillery) on a narrow front.

[8] During World War I, on the Western Front in 1914-1918, both sides built elaborate systems of trenches, underground, and shelters opposite each other along a front, protected from assault by barbed wire. The area between opposing trench lines (known as “No man’s land“) was fully exposed to artillery fire from both sides. Attacks, even if successful, often suffered heavy casualties. In Ukraine, it is what we will have to expect during 2023.

[9] According to the authors Rodrigo Mena and Kristin Bergtora Sandvik “The war in Ukraine, which can be described as a conflict info-kinetic, is the first war in a society with a relatively mature digital economy, a substantial technology sector (including diaspora technology sector), and a high adoption rate of technology and digital platforms. From the perspective of peace and conflict studies, starting in mid-spring 2022, the war in Ukraine can be understood as an information war, a war through  digital diplomacy, one cyber warfare, and the first war in which Big Tech has taken part actively.” https://iecah.org/humanitarismo-digital-en-una-guerra-cinetica-el-caso-de-ucrania/

[10] I am referring to the work of Max Horkheimer and Theodor W. Adorno, Dialectics of the Enlightenment, Spanish version, Editorial Trotta, 2018, originally published in 1947.

[11] Those interested in repetition in history can visit in the British Museum the stone reliefs found in the palace of the king Sennacharib in Nineveh (today Mosul), in northern Iraq, dating from 700-692 BC. The representation of prisoners and civilians displaced from the ancient Assyria is of impressive actuality.

If you like this text, by filling up the form that appears in this page you can subscribe to receive once a month a brief summary of Opinion Sur English edition

REGARDING BIG AND SMALL AND A SUICIDAL PLURI-LATERALISM 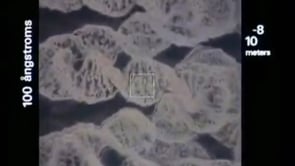 When time is running out