Regarding the problem of distribution of labor and produced goods

The problem of distribution of labor and produced goods worsened and became harder to find solution. We all feel that free game of economic forces, disordered and unbridled tendency for acquiring possessions and power by isolated individuals, no longer lead automatically to a tolerable solution to the problem. It is needed a studied organization of goods production, labor force investment, and distribution of produced merchandizes to avoid threatening exclusion of valuable and productive forces and the impoverishment and brutalization of large masses of population

Regarding the economics field

Economics is the social science that studies the laws governing production, distribution, circulation and consumption of goods that satisfy human needs. Therefore, the field of study for economic science is not confined solely to technical details of production, but rather it also covers the social relations implicated in the own production process and way of accumulation that unfolds. Economics is politics in every circumstance, thus, both disciplines simultaneously participate in the analysis and comprehension of historical and social processes.

Regarding what is the purpose of channelizing hate towards certain fellows

In the framework of globalization, the existence of common people is filled of insecurities and fears. Frequently, they are channeled through hate not towards those who cause their sufferings, but to the fellow or certain fellows. Hate for the different (“hetero-phobia”) can be more or less spontaneous or conducted by political authorities. It is useful for many ends: deviate citizen attention, focus danger on resistance groups, attack them with social approval. 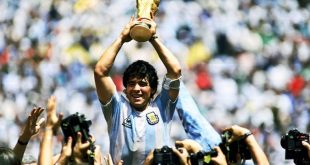