How much longer removed from caring for the planet and the entire humanity!

It was always hard to understand how small minorities were able to subdue large majorities and, however, it is a constant since the dawn of humanity. Undoubtedly, repressive force intervenes so that some impose themselves onto others. Until a few decades, precarious democracies were captured through coups d’état where the military that led the insurrections were not the sole responsible. Above them, there were always those with real power that gave them mandate to govern. A power that adapts to circumstances of time, always clinging on the helm of countries and nations.

Today, in the context of an unbridled process of concentration of wealth and the consequent decisional power, old instruments of domination have been improved. It include, more sophisticated technologies to manipulate wills through social media, the control of hegemonic mass media, sectors of politics and the judiciary, think tanks that provide them ideological coverage. With those instruments, powerful minorities can maintain behind the scene the power of dissuasion of security forces and concentrate most of their efforts in colonizing the minds of those majorities to deviate their attention, alienate them with addictions and an unrestrained consumerism, fragment them so that some fight others, stun them with trivialities and colorful mirrors. Complicities are bought, there is no lack of amanuenses of the popular submission.

How long will majorities be removed from caring for the planet and the entire humanity?

Exiting that trap requires more clarification, delving until recognizing roots of domination and the dynamics that support it. Furthermore, advancing in organization, sanding divisions, aligning interests that they would like us to believe as antagonistic when only a few really are. Many others can be aligned; that is, respected in their diversity and converging for major achievements. We need to go from a world driven by minorities to another one where different lives and decisions emerge from the thousands of million that share the planet. No more the indignity of endless greed. 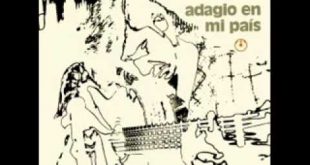